The elders rushed us to the clearing. All around we could hear the sound of battle, wing blasts, roars, and fireballs, but the worst sound of all was the screams.

When we entered the clearing, all sounds stopped. The air felt heavy. The farther I walked into the clearing, the harder it was to walk. I could see magic crackling and shimmering.

There were only about 40 of us, where was the rest of the clan? The fighting couldn’t have been so bad there was so few of us.

A loud booming voice echoed over the clearing, “Let us begin.”

“We are ready,” another voice boomed.

I had never heard any of these voices.

I looked at the dragon next to me, their eyes were wide with fear.

A huge wing flap swept across the clearing. Instead of the grasses flattening, they began to sway. The magic flared to life in the air. All the previous crackles, merged into one giant upside down cone, encompassing the 40 of us.

The voices were chanting now, or had they been chanting the whole time. Visions of my family, my teachers, members of the council started to appear behind the elders, lending their voices.

Suddenly I was swept up into the air. My wings violently ripped open. I thought they were going to be pulled off. I looked down and no one was in the clearing. All of us had been pulled into the air.

A sudden urge to calm myself came over me. I relaxed, let my wings catch the current, and started to circle the clearing. It lifted me higher into the air, and the more relaxed I became, the gentler the circling became. I looked around and noticed most of the other dragons had righted themselves as well.

I managed to look over at the nest, what I saw made me mad. It was destroyed. The other dragons must have noticed too, because they roared as one, and tried to fly out of the cone of magic.

But we couldn’t. And the more we tried, the tighter the cone became.

Faster and faster we circled. The cone began to look like a multicolored tornado. There was a bright flash and then it was over.

When I came to, my head was spinning. I stood up and new instantly something was off.

My wings didn’t feel right. I tried to flap them, but they weren’t there. I spread my arms and noticed some skin attached to my sides. The trees also towered over me.

I must have passed out again, because I was awoken by a loud scream. Also, it was dark out.

Word of the Day: Abraxas
Definition: (n)
1) gem engraved with mystical word and bearing human-animal figure
2) a word of unknown significance found on charms, especially amulets, of the late Greco-Roman world and linked with both Gnostic beliefs and magical practices by the early church fathers.
Believe in love. Believe in magic. Hell, believe in Santa Clause. Believe in others. Believe in yourself. Believe in your dreams. If you don’t, who will?
Jon Bon Jovi

Can you find the magic? 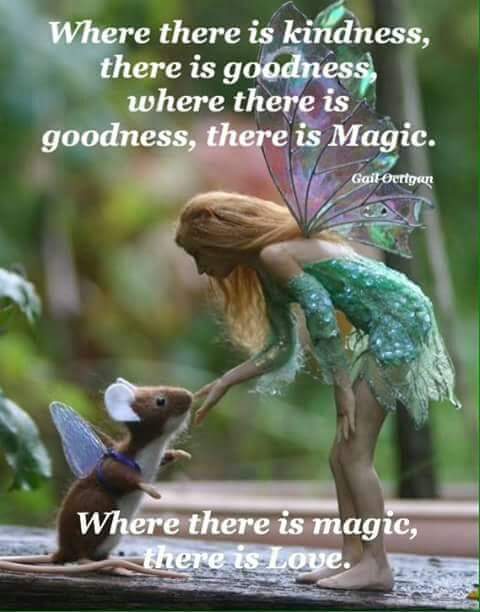 Music is the strongest form of magic.